One of the main reasons I Advocate for Alzheimer’s is because of the 4 people in my life (my Grandfather, my wife’s Grandmother, my Mother and Father) who suffered and died from Alzheimer’s and Dementia.
Why did they have to suffer and die?

According to the facts from ww.alz.org

Not being told that you have a disease that will kill you is unacceptable. In a CNN cover story, it was reported that, “Doctors are sidestepping this tough conversation. But why? That’s been studied too, and the reasons doctors give range from diagnostic uncertainty and fear of causing emotional distress to time constraints, lack of support, and stigma.”

I think back to when I was sitting in my Neurologist’s office and he was going on and on about this and that and I could tell he was beating around the bush, so me being me, I stopped him and asked, “DO I HAVE ALZHEIMER’S?” He paused and quietly said “YES!” I know it was uncomfortable for him to tell me but that’s why he’s a Doctor. He’s going to have t tell his patients unpleasant things every now and then. If you can’t do that, then take off the white coat, turn in your stethoscope and go do something else.

Another reason why people with Alzheimer’s disease suffer and die is because Alzheimer’s disease is severely underfunded. I wanted to know why so I did some research. I know this is just the tip of the iceberg but here are some of my findings. (each link is clickable if you want to read)

In the last article, which was published in Newsweek, it states, “Alzheimer’s is a fatal disease. Over 5 million people in the U.S. currently live with Alzheimer’s, and most have a life expectancy of 3 to 10 years after diagnosis. With that number in mind, how were only 83,494 deaths attributed to Alzheimer’s in 2010? The numbers just don’t add up.”

Did somebody flunk math? Who’s minding the Disease funding store?

If I sound like I’m pissed, it’s because I am. I cannot believe this country sends billions and billions of dollars to other countries for research, development and care for their diseases while we suffer and die because there’s not enough money to go around for the home team.

Now, I have Alzheimer’s. If this disease would have been acknowledged and funded like other diseases, there might be a glimmer of hope for me. Since that didn’t happen, my future is bleak. At 54 years of age, I never thought I would be facing the end of my life, but the end is not here yet.

Until that time and as long as I am able, I will do everything within my power to raise awareness and to raise funds for the future generations of people with Alzheimer’s. That means for all of you that read this, I’ll be hitting you up for money. But don’t worry, I won’t hassle you . . . too much.  😉 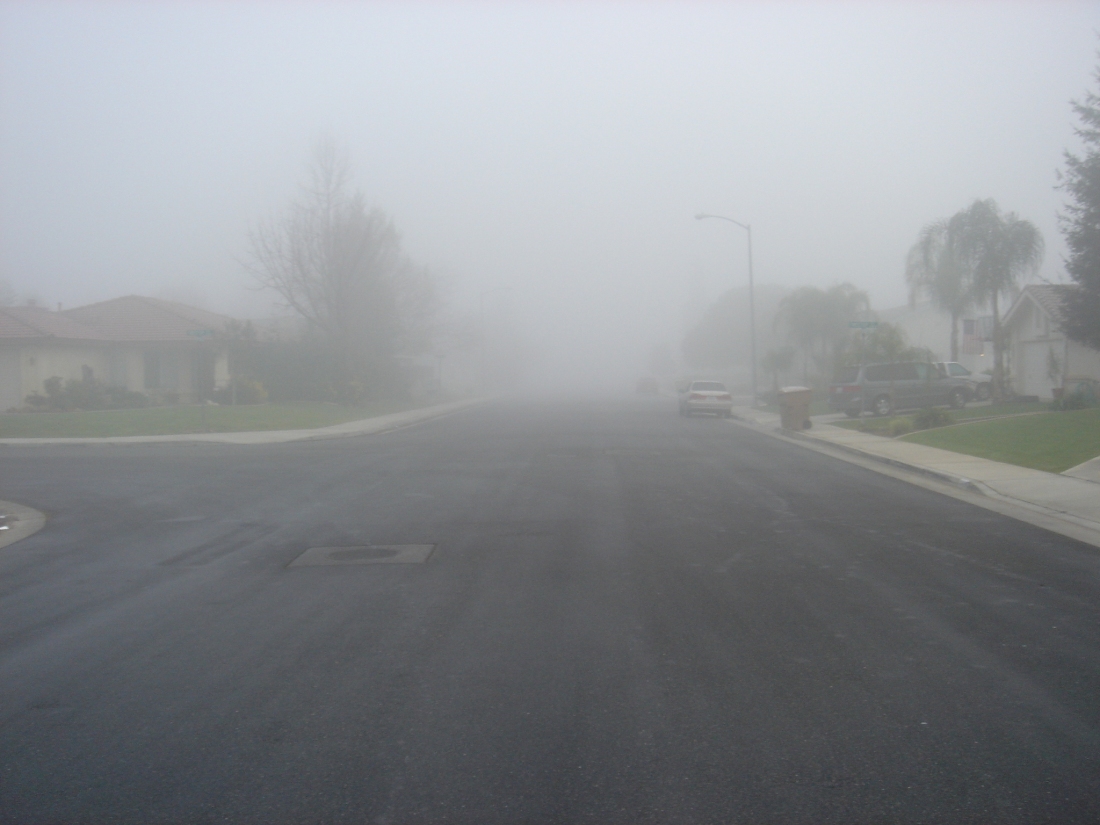 I’m frequently asked, “how have you been” or “how are you feeling?” or “how was your day?” My most frequent response is “a little foggy.”

In an effort to help everyone understand what I am trying to say, I consulted www.merriam-webster.com and looked up fog. This is what I found:

: many small drops of water floating in the air above the ground, the sea, etc.

: a state of mental confusion

The second definition, as you may have guessed, is the one that I refer to.

To give you an example, imagine driving down the road. Fog has set in and visibility is obstructed. You can’t see much, you’re cautious of your surroundings because of the dense fog. All of a sudden, you break through to a clearing. You can see all around you. Your vision is clear and you can proceed as normal.

Fortunately, we all don’t have to drive in the fog every day but imagine having that fog in your head, every day, never knowing when it will roll in.
You get up to get something, the fog rolls in, preventing you from remembering where you are or why you’re there.
You’re in the middle of a conversation, the fog rolls in so thick it turns to night, blocking out every thought, rendering you speechless.
You’re driving to a very familiar place, again the fog rolls in and you have no idea where you are. You have to rely on your GPS to tell you where to go.

This isn’t just sporadic or a one-time event. This is every day, several times a day, a typical day. Sometimes the fog is thicker, sometimes less, but it’s ALWAYS there. It’s my Alzheimer’s journey.

So, if you ask me how I’m doing and my answer is, “Foggy with a hope of sunshine,” you’ll know what I mean. I remain positive and hopeful that the sunshine will continue to show up and burn away the fog.

Thanks for reading. Hope your day is everything you want and need it to be.