Yes, I’m talking about “THE” Happiest Place on Earth, Walt Disneyworld.
However, it’s not for the reasons you may think.

Let me explain . . . I recently came across an article by Sandy Wells of KABC News entitled, “New Approach to Treating Alzheimer’s Disease Replicates Life As It was 60 Years Ago.” http://www.kabc.com/2017/01/09/new-approach-to-treating-alzheimers-disease-focuses-on-long-term-memory/

The article talks about “Reminiscence Therapy”

Here is an excerpt from the Article:
“Specifically, how that works, and what it has shown is reminiscence therapy really reduces agitation, improves mood and improves sleep quality, all of which are major factors when you’re dealing with the challenges of facing Alzheimer’s Disease. When you think about Town Square, really, what it is, is a complete, immersive environment that’s designed around a 1950’s – 1960’s time period, specifically from 1953 to 1961.”

For those of you that don’t know the in’s and out’s of Alzheimer’s Disease, the first thing to go is the short-term memories. It’s why I have trouble remembering things from day to day, week to week, etc . . . However, talk to me about things from the 60’s, 70’s and 80’s, I’m as clear as a bell. So I think it’s awesome that a Town Square atmosphere is going to be built specifically for Individuals with Alzheimer’s in mind. It will put them in an environment where they are comfortable, non-anxious and happy.

So what does this have to do with WDW? I knew you would ask that question sooner or later, so I am prepared to tell you.

My first time going to WDW was in 1976. At that time the park was only 5 years old and the Magic Kingdom was all there was. Since that time, I have been back at least 15-20 times. I’ve lost count. I have seen it grow from just 1 park to 4 and I have been so many times, I know where everything is.

The last time I was there was in September. Shannon surprised me with a trip for my birthday. We had such a wonderful time.
One thing that stood out, and still does, was when we were waiting for the Wishes Nighttime Spectacular (the fireworks). Shannon had to go to the restroom so I stayed where we had found a good spot. Several minutes later, Shannon called to tell me she was lost and couldn’t find me. She was more worried about me than being lost. I talked to her to find out her location and I knew right where she was. I told her to look for the light. I turned on my phone’s flashlight and held it up, shining it in her direction. She saw it and followed it back to me.

She asked me, “How did you know where I was? How did you know to hold up the light?”  I had no answer for her. I couldn’t explain it other than to say, “I don’t know, I just knew.”

With that said, she took me to the ticket counter and upgraded my park pass to an Annual Pass. She said, “I want you to come back here as often as you can, take as many photos as you like and just be who you used to be.”  I didn’t know what to say. I was elated, emotional, speechless. I didn’t think it was possible to fall more in love with her than I already had, but I did. And no, it wasn’t because she was giving me this gift, it was the reason why she was giving me this gift. She wanted me to feel normal.She wanted me to feel how I used to feel. She wanted me to have the clearest, non-foggy mind I could possibly have in a place I knew so well.

On the ride back home, I thought a lot. I tried to think as to why WDW transported me back to an earlier, normal-brained time. I knew part of it was because I had visited there so many times that everything was familiar. However, something just didn’t click. I was still unsure . . . until I spoke with my sister.

One day, on a phone call with Linda, I was telling her about the gift Shannon had given me. I told how it made me feel being back in WDW. Then I explained to her about not being able to clearly understand why I felt that connection, that is, until she asked me a very simple question . . . “Don’t they play music all through the park?”

When she asked that question, a wave of emotion washed over me, just as it is now. I started hearing the sounds, the musical sounds of  WDW, in my head. It wasn’t a particular sound or a particular song,  it was just the most beautiful, joyous, happy sound I’ve ever heard. Linda, reminded me of my love of music and how musical therapy (listening to your favorite songs from years gone by) can transport you back to a particular time and place. All the pieces of the puzzle fit together and I finally had the answer to my question I had been pondering since September.

The reason I am bringing this up now is next week, I will be in Orlando to be on a panel for the The National AT Aging and Dementia Decision Tree Workshop. I am going there a little early so I can make a quick visit to WDW. Call it being a “kid at heart” or call it “just wanting to feel normal.” I just want to be who I was before Alzheimer’s came along and robbed me of so many things.

Thank you Shannon, for giving me a gift of love, a gift of happiness, a gift of normalcy. Whether you are there with me or I’m by myself, you will ALWAYS be in my heart. 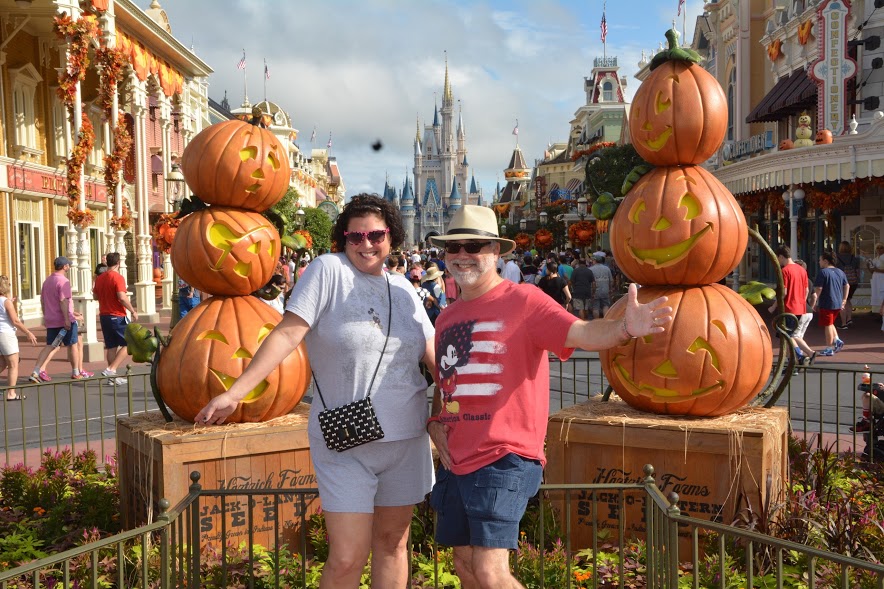 This blog is a compilation of stories and experiences as I travel along my journey with Alzheimer' Disease, Vascular Dementia, Type 2 Diabetes, White Matter Disease, and probably some other things I don’t yet know about. Each day, I LIVE as well as I can by Advocating, listening to music, laughing, talking with friends and whatever I feel like doing in the moment. “I have Alzheimer’s Disease BUT, I don’t allow it to define who I am!” View all posts by A Bit of Brian's Brilliance

11 thoughts on “The Happiest Place on Earth”