I know it’s been quite a long while since my last blog post but I had a lot of things going on in 2019. Please excuse my absence but know, my posts will now be more frequent.

As Jimmy Buffett sings, “It’s those changes in latitudes, changes in attitudes
nothing remains quite the same.”

When you stay in one place too long (or maybe I should say, when “I” stay in a place for too long,” it’s time for a change.
I spent the first 30 years of my life in New Orleans, LA. It was a great place to grow up. Mardi Gras, Saints, food, friends, phenomenal music, food, family, fun, food . . . (did I mention FOOD?) I mention food because it was a huge part of my life . . . 285lbs of huge and probably the cause of my Type2 Diabetes and Heart Disease, but I digress.

When 1990 rolled around, after a divorce, it was time for a change. I had met someone and she moved from New Orleans to Pensacola, FL (her home) and asked me to join her there . . . so I did. Sadly, that relationship ended 7 years later but I had grown to love Pensacola so, I stayed. I made new friends, found my niche in Public Relations and Marketing and was very happy.

Through a few more relationships, a diagnosis of Type 2 Diabetes, 3 heart attacks, a diagnosis of Alzheimer’s Disease, a brief move to Knoxville, TN, questionable decisions, neck surgery, back surgery and a triple bypass in July of 2019, the third 30 years was approaching. I had no idea what waited in store for me. Then, Maureen entered my life, at least that’s when I “THOUGHT” she entered my life.

From what Maureen says, it was all up to me.
I say, “I don’t remember meeting her until 2019″.
She says, (“WOW, guess you weren’t impressed”)
I say, “I have Alzheimer’s.”
She says, “Your subscription for using the Dementia Card has expired and can no longer be used” and she wasn’t kidding.
I say, “WHATEVER” and roll my eyes!

What I’m trying to get at is I moved to Largo, FL in December of 2019 to start my life with my LIFE PARTNER. It’s ironic that in 1990 and 2019 (almost the 30-year mark) I made yet another move. What I can say is being a stone’s throw away from Tampa, St. Petersburg, Clearwater and an hour and 14 minutes away from the “Happiest Place in the World”, I have finally found my forever home and my forever person.

When I told some friends and family that I was moving 700 miles away, let’s just say I was “cautioned and reminded” about my past moves by those same friends and family. I was once quoted as saying, “if I ever say, ‘HEY, I’ve got a great idea. I’m going to pack all my stuff, drive hundreds of miles to a new place, to a city I have never been to, and start my life over again . . .” just reach over and slap the CRAP out of me and say, you stupid, stupid man, haven’t you learned anything?'”

Well, no one did that and I’m thankful for I am sure it was not going to be an easy slap. I also know they all meant well and I hold no negative feelings towards any of them. They were doing it all out of love and I appreciated their support . . . and still do.

So, here I am, starting over, AGAIN, and as you may have heard others say, “BUT THIS TIME IT’S DIFFERENT!”  this time, it really is different.

We are approximately the same age (“I won’t say who’s older by 7 months but it’s not me), we both love music, movies, family, we work out at the gym (she more than me but I’m improving), we love one another but we also like each other. We started out as friends and that friendship, as well as our love, strengthens daily. Has it all been a bed of roses? NO, but I have learned that sometimes, the hard/difficult things in life are so much more rewarding when they are conquered than the easy things.

For all the folks who were worried about me making this move, look at it from Maureen’s perspective. She was questioned also by the people who loved and cared about her.
“Are you sure you know what you’re doing?”
“You know he has Alzheimer’s, right?”
“Do you know anything about being a 24/7 Care-Partner?

Funny thing is, I also wondered if she knew what she was getting into. I told her:
“life with me can change by the day, the hour and the minute.”
“I forget stuff you may have told me yesterday, or an hour ago, or a minute ago!”
“I have Alzheimer’s anger which may or may not be directed towards you. I may not even know why I am angry.”

Her response to me solidified my decision to move.
She replied, “I love you. You are going to have to put up with me as well. I’ve been living on my own for 13 years! We’re just going to have to get used to it. Failure is NOT an option. Plus, now that all your stuff is unpacked, I ain’t helping you pack it up again unless we are both moving to a new place!
I just love it when she gets all sweet on me!

Just this morning, I came up with an analogy of who we could be compared to.
Maureen is like a Cheetah.

(The cheetah is the fastest land animal in the world, reaching speeds of up to 70 miles per hour. They can accelerate from 0 to 68 miles per hour in just three seconds.) As soon as morning comes, she is up, moving at lightning speed, moving in circles around me as I try to figure out what day it is. 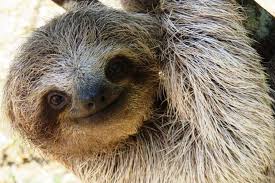 I move at an extremely slow speed for it takes some time for my brain to kick in, some days longer than usual. I just like to take my time, taking in the beauty of the day, taking photos and sometimes, just sitting and listening to music, letting the memories float in and out depending on the song I am listening to.

Maureen had to get used to that.

We also realized, upon watching the new (and old) episodes of “Mad About You” with Paul Riser and Helen Hunt, that our interactions are very similar to theirs. We laugh at them and then realize we are seeing ourselves in their characters and laugh even harder.

And so, the story of our lives continues to be written, one page, one chapter at a time, full of love, laughter, tears, and smiles. We still learn a little something new about each other every day and can’t wait for what awaits us tomorrow.

Now that 2020 has rolled around and we are both turning 60 this year, we realize the time we have remaining is NOT going to be spent just talking about the things we want to do. We are going to get out and DO the things we want and have dreamed about doing.
Yes, there will be pictures and stories to share on facebook and Instagram (thebrianleblanc)

Until Next Time,
PEACE!