(With Mother’s Day coming up, I wanted to pay homage to ALL MOTHER’S ((and this means all individuals who fit the role of a Mother regardless of gender)) who selfishly give of themselves, day in and day out. I wrote the following Blog Post 2 years ago. I re-read it for I didn’t want to re-hash anything I had already written. I am reposting this with a few additional words and photos. The additions will be in italics and bold.)

Holidays. There are so many holidays on the calendar that it’s difficult to keep track of them all. Some of them are legitimate and some are just made up for some reason or another.
The one holiday that I truly believe is the holiday of holiday’s is Mother’s Day. The reason I say this is because, without Mother’s, none of us would be here. Sure, the Father’s had a little something to do it with it but the Mother’s are the ones that carry the burden. 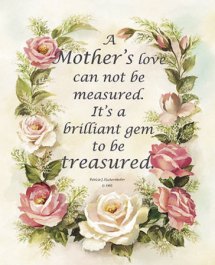 This is what I found:
a :  a female parent
b    (1) :  a woman in authority; specifically :  the superior of a religious community of                      women
(2) :  an old or elderly woman
First off let me say I believe Merriam-Webster needs an update.
Second, I apologize to all Mother’s, both female and male (who assume the role) for the insincerity of the definition.

While I am not an expert, and not a recent guest of a Holiday Inn Express, I would like to give my own definition, or explanation, of what a Mother is.

A Mother is someone who:
– can soothe anything, no matter what the age, with a hug and a kiss
– will fiercely protect her family like a lioness protects her cubs
– praises their children for the good they accomplish but also holds them accountable for any and all of their wrongdoings
– can make your favorite meal impossible to replicate because of her “secret special ingredient.”
– can assume the role of sole provider when no other support is available or not given
– can assume the role of caregiver of a spouse/significant other, parent or grown child when that individual is no longer able   to support or provide for themselves.
– rises from her sickbed to take care of her family no matter how bad she feels
– consistently puts others before themselves
– loves unconditionally

I could go on and on, however, I think you can see that a Mother cannot be defined by any one definition, especially by the definition provided by our friends in the dictionary profession. A Mother’s definition (can change on a daily or hourly basis or at a moments’ notice.) Defining a Mother is almost impossible because of the infinitive person she is.

In addition to caring for her children, most Mother’s are also wives, which involves taking care of a bigger child with a different set of issues altogether. Most of the time, that bigger child has no clue as to what his wife does on a daily basis because he is too busy complaining about his day, playing golf, getting together with his friends, playing X-Box, Fantasy Football, etc. (Just to be clear, I am not grouping all Men/Husbands into this category, but YOU know who you/they are.)  😉

In my definitions of a Mother, one of the things I stated was, A Mother is someone who: rises from her sickbed to take care of her family no matter how bad she feels.
When my Mother was stricken with Alzheimer’s, over time she forgot how to do things, forgot what things were but still tried.

She still had that Motherly Instinct inside trying to get out. Finally, when she lost her ability to speak, she would sing. (She sang in church for over 40 years and she loved movie soundtracks, especially The Sound of Music. When she would clean, she would put that soundtrack on and just sing away as she cleaned the house.)  Although Alzheimer’s took away her speech, she kept the perfect pitch. No longer knowing the words she would make up words or say la la la la, but I could recognize the song. I truly believe it was her way of saying, “Here, let me make YOU feel better by singing to you!.” Even if that wasn’t true, I don’t care. No one can disprove it so I believe it to be true because that’s who my Mother was . . . and although no longer of this earth, STILL IS!

(As a side note, in the last few hours of her life, I was the one singing to her. My sister held the phone up to her ear and I sang her a song.
There was eye movement as I sang as if she was actually hearing my voice. My sister and I will ALWAYS believe she heard the music she so loved. A few hours later, she passed away. With that said, NO ONE will ever tell me the power of music does not matter.)

(I’m not sure of the date of this photo but I do know this is the last photo I have of my Mom and I. She NEVER, EVER went out of the house without make-up on let alone take a photo with no make-up on. Plus, I wanted everyone to remember her how she was . . . BEAUTIFUL!
At one point during my visit, she reached for my hand with both of hers and we just held hands in silence, looking at each other, she towards the end of her Life with Alzheimer’s and I, just starting out. I’m so glad I was able to capture this moment.

So to all the Mother’s in the world, regardless of whether you’re married, divorced, single, an adoptive Mother, a Father filling the role of a Mother, I hope your Mother’s Day is everything you want/need/hope it to be. We all know you deserve much more than just 1 day a year and hopefully you receive it. 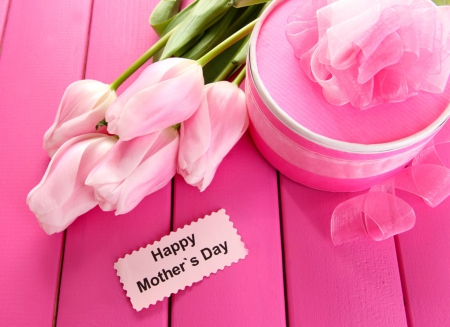